Muvizu uses a mouse-based movement system to get characters to move from A to B. It includes three states of movement - Walking, Running and "Normal". Normal is a combination of walking and running, which changes depending on how the mouse is moved.

All three movement types can also be done "on the spot" which can make things like using treadmills etc. easier to animate.

To animate character movement you select your character then go to Direct > Character Movement: 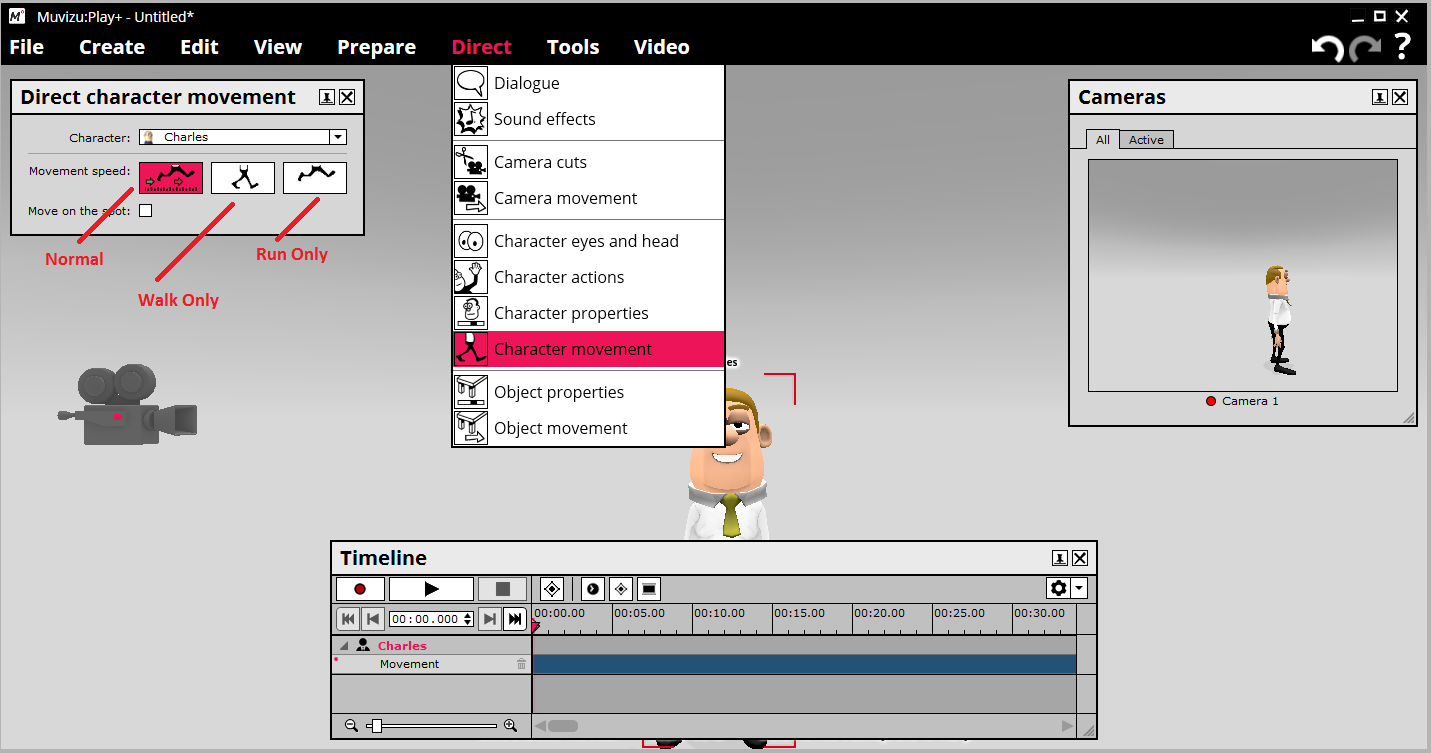 Once the movement menu has opened you can select any of the three movement states (Walking, running, normal) and whether the character should run on the spot:

Walk Only is as it sounds. The character will only ever walk regardless of what speed you drag the dial around at.

Run Only is the exact opposite of walk only as you can imagine. Regardless of the speed you move the dial, the character will only ever run.

For this guide we shall be using the normal movement, as it is the most complex. Once you have selected the movement type you wish to use and hit the record button the Movement Disc appears: 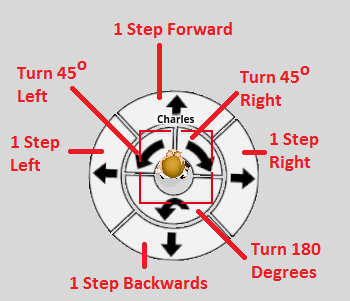 You can use this disc to make the character perform single steps or to turn/rotate by clicking on the arrows. 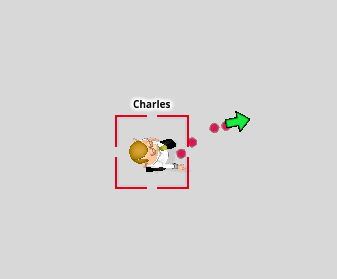 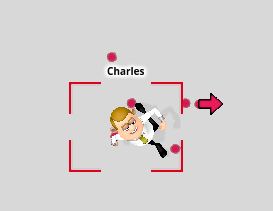 Movement is relative to character position, so if you move a character their paths will move as well.